I was in Berlin for a week and there are a lot of options for getting around. The public transport system (U-bahn / S-bahn) is great, but to really see the city you should rent a bike!

I tried as many different bike rental services as I could and reviewed each one. Below they are listed in order of my preference. 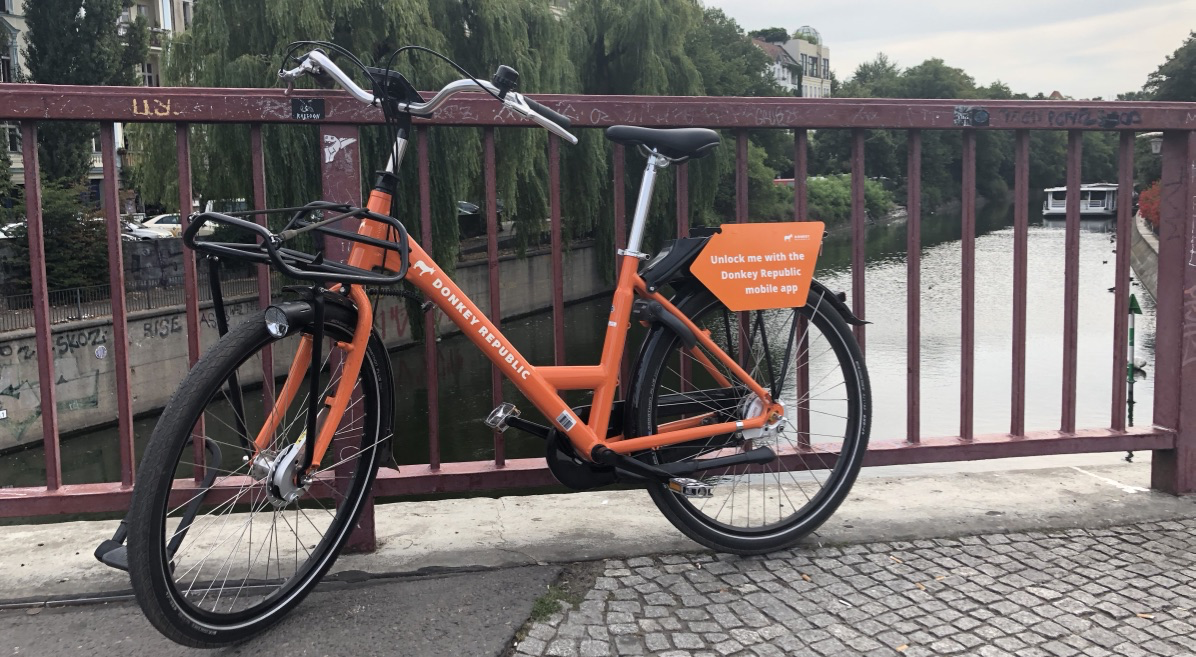 I did not expect to like Donkey Republic due to their weird name and because I thought they only did day-rentals. But they had by far the nicest bike of all of the bike share companies. Their bike is so good that it reminds more of my personal bike than another bike shared bike.

Bike: Best dockless bike in Berlin. You actually gain some inertia when you pedal so you can spend a lot more time coasting.

Availability: There is a mini “hub” every couple blocks. I found it about a 50-50 chance that bikes would be at the hub.

UX: There are a lot of quirks with the system. It seems like Donkey Republic was designed in the paradigm of day rentals but is now being transformed into a system that can do both short and long rentals.

The app requires you to say how long you are going to take the bike when you check it out. And when you return it, you have to return it at a mini “hub” which is just a special location on the street. It would be much nicer to just have pay as you go billing with drop-off anywhere. 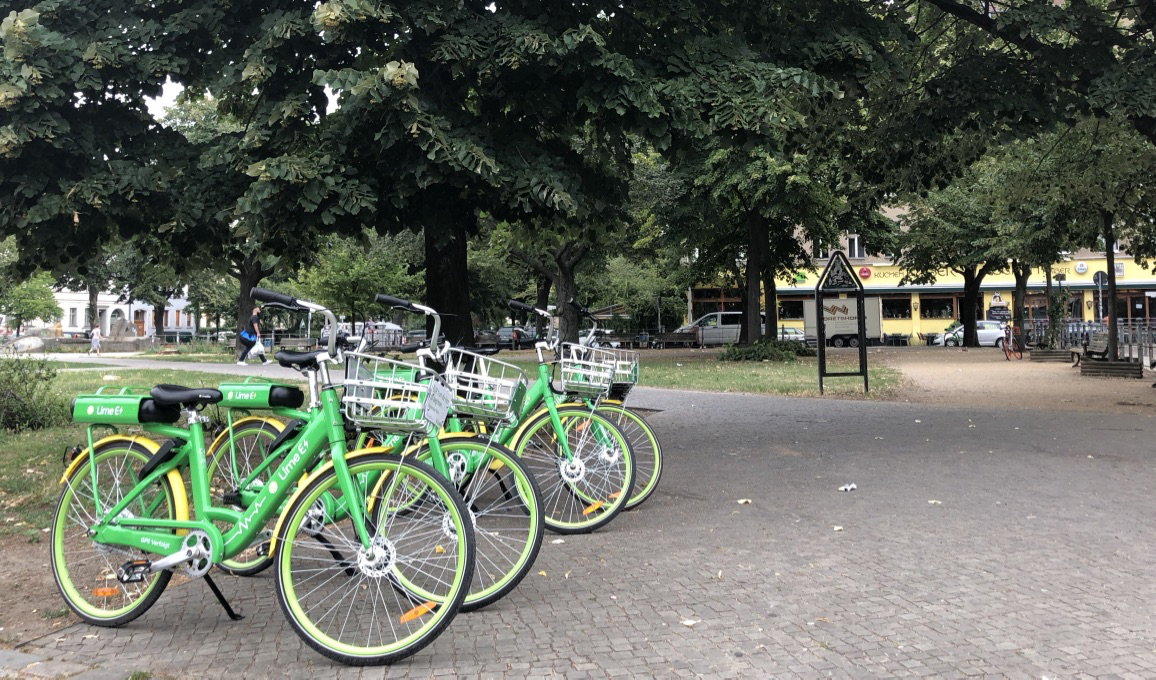 Lime has electric bikes and regular bikes. Their bikes aren’t everywhere, but it seems like there is always 1 or 2 within a 5 minute walk.

I often see Lime’s next to each other like they have just been deployed. So it seems like Lime’s sit around for a while after being deployed.

I talked to a Berlin-er who gave me some shade for riding Lime since it was the “most expensive” bikeshare system.

Bike: Electric boost is really nice. No gears on electric or pedal bikes.

Availability: Usually available with in a 5 minute walk.

UX: App quickly shows bikes around you. Sign up is quick. Unlocking a bike is quick. 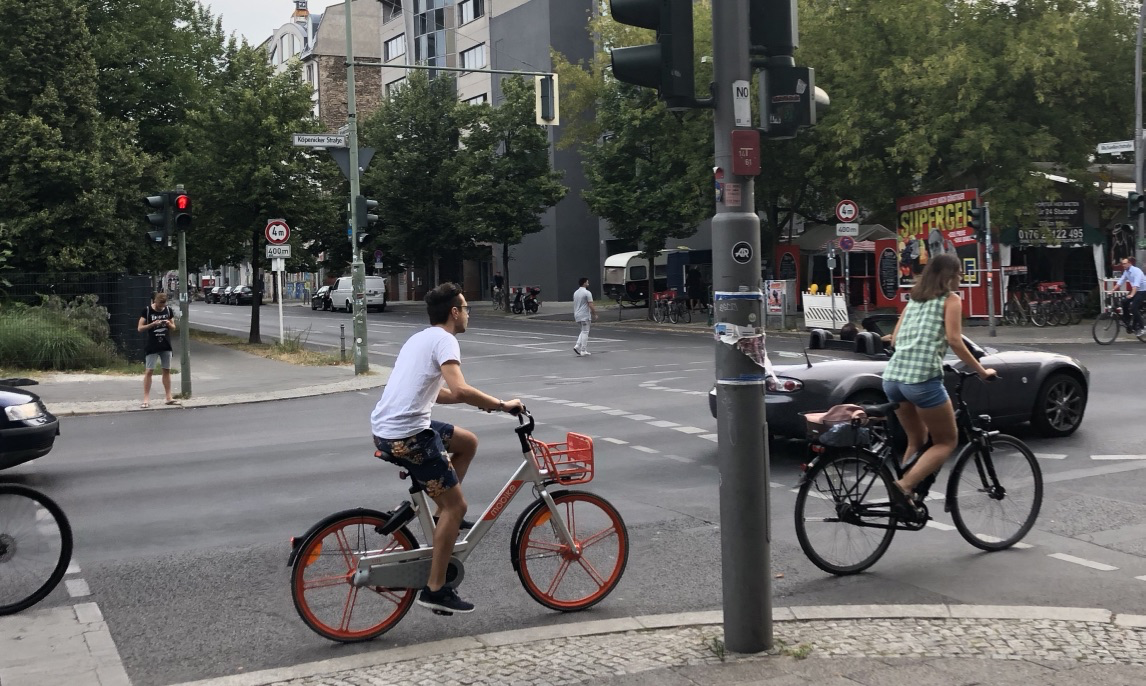 Bike: The Mobikes I rode felt like toy or kid’s bikes. It was small and light. No gears. The small basket in the front doesn’t turn with the wheel which feels unnatural.

The bike has an interesting way of putting the seat up and down that does not require pulling out a lever and pushing it back in. I like how I could just snap the seat to the right height.

Availability: These are everywhere. Mobike is by far the most prevalent bike in Berlin.

UX: Quick to unlock bike. App is slow to show pricing and bikes around you.

Berlin is not a new city to renting bikes so there are still a lot of non-app enabled businesses that rent bikes.

Bike: This varies but I assume on average these bikes are nicer than most of the dockless bikes. I assume they are similar to the Donkey Republic bikes.

Availability: There are places to rent bikes all over the city.

UX: When you rent a bike from a shop, you are responsible for not having it stolen and returning it to the same place at the end of the rental. Also, you have to talk to a person instead of just scanning a QR code… 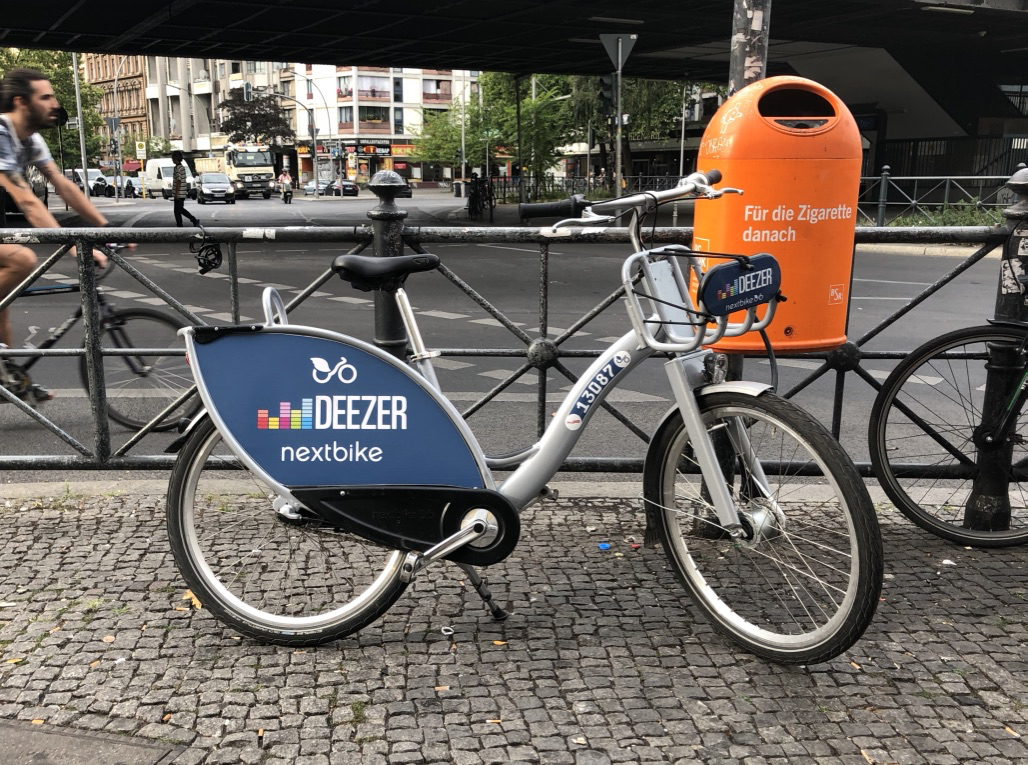 NextBike’s app would not work with my US number so I had to get a German phone number in order to test the experience.

The app was pretty confusing. For example, I unlocked the bike in the app and then I had to enter a code on the bike and remove a lock from the front wheel.

The Berlin bikes are sponsored by Deezer which looks like a crappy version of Spotify. So Deezer premium subscribers get rides up to 30 minutes free. If both Deezer and EasyBike had better UX, that would be a pretty sweet deal…

Bike: Felt like docked bikes by Motivate that are common in the US — heavy, clunky, and not particularly fast. But it had 3 gears which was nice.

Availability: These are pretty common with about one bike every other block. 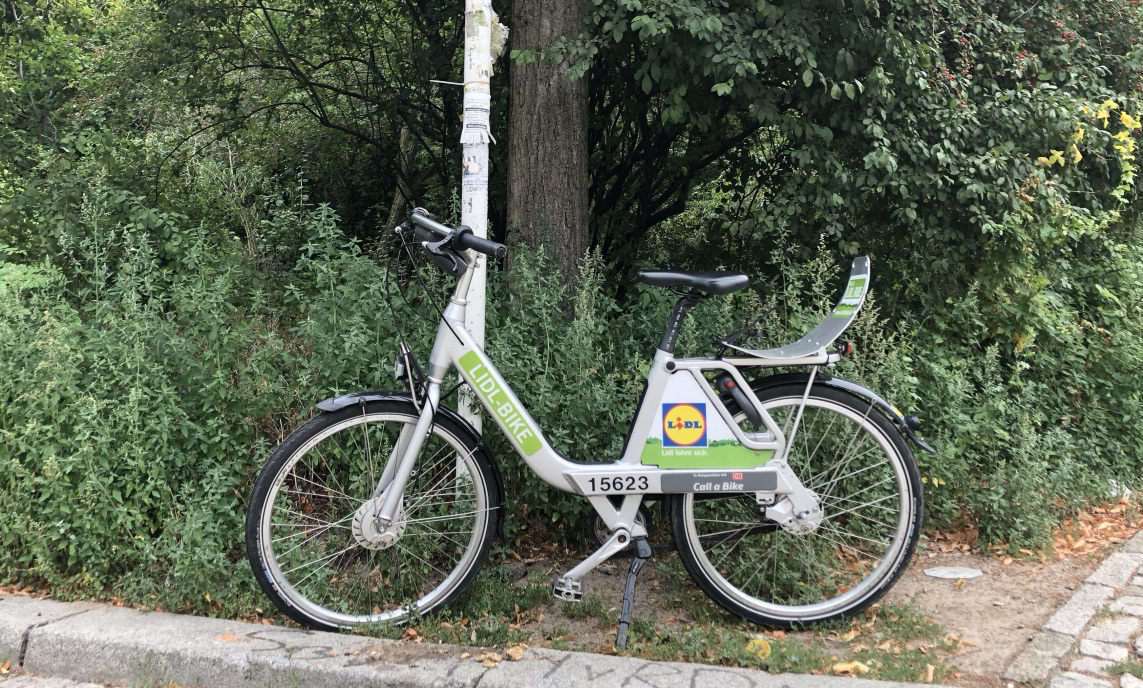 LIDL is a grocery store so it’s interesting they have bikes. LIDL has partnered with Deutsche Bahn’s Call a Bike subsidiary who I believe runs the system.

The sign up process in the app is all web views in German so it takes a bit of time… Signing up also doesn’t work with an American number.

I ended up getting a German number to try out LIDL Bike and EasyBike but I still was not able to get confirmed on LIDL. LIDL requires calling them to verify but the whole prompt system was in German so I didn’t have time to figure that out before I left Berlin.

Bike: I was not able to test it out due to problems signing up. The bike felt pretty heavy and sturdy.

Availability: It seems like I could find a bike every few blocks.

UX: Signing up is a difficult, multi-step process. Requires a German number and some fluency in German. 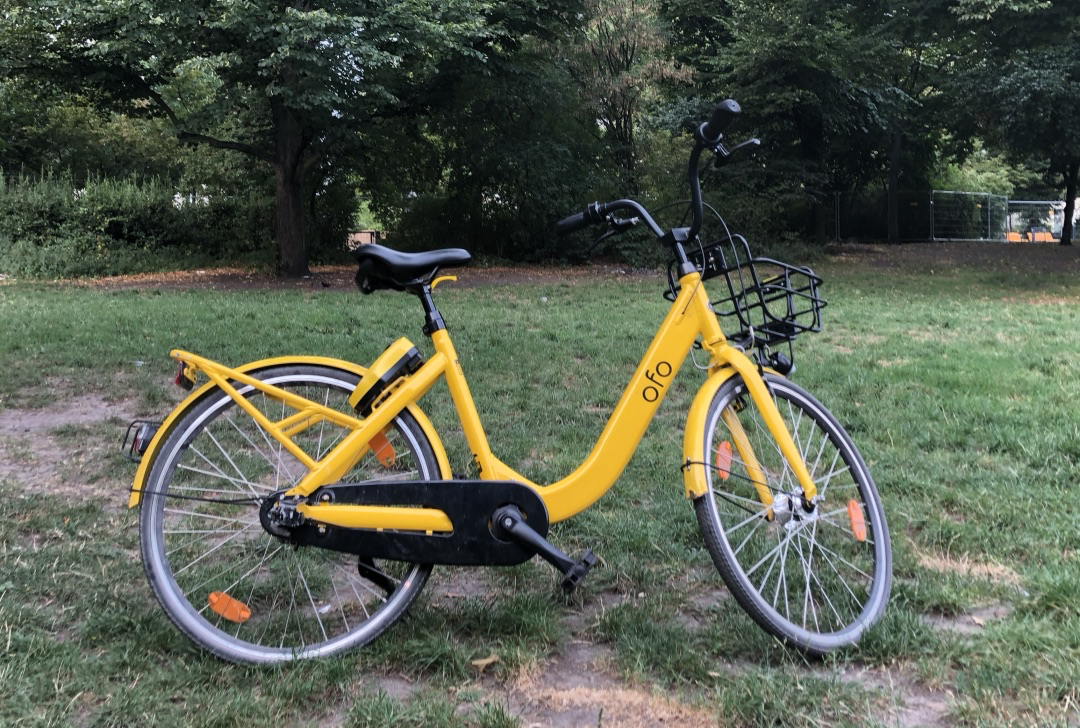 Ofo is leaving the German market and their app has a little pop-up thanking you for their time in Germany. But there are still Ofo’s around Berlin that will hopefully be picked up.

Bike: One step up from the Mobike. The Ofo feels pretty solid but isn’t too fast.

Availability: These bikes are going to start to disappear. 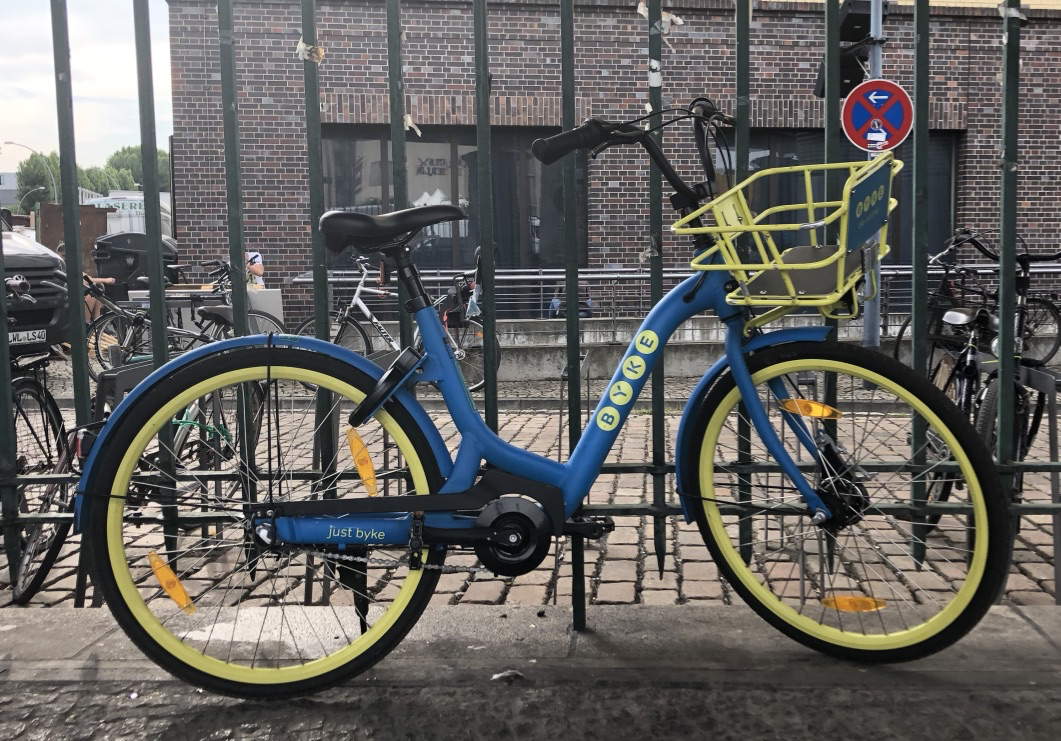 This was the only Byke that I found in Berlin. I assumed they were out of business or out of Berlin, but I couldn’t find any news articles about their decline and their app still works.

It looks like they have a round 30 Bykes deployed in Berlin. 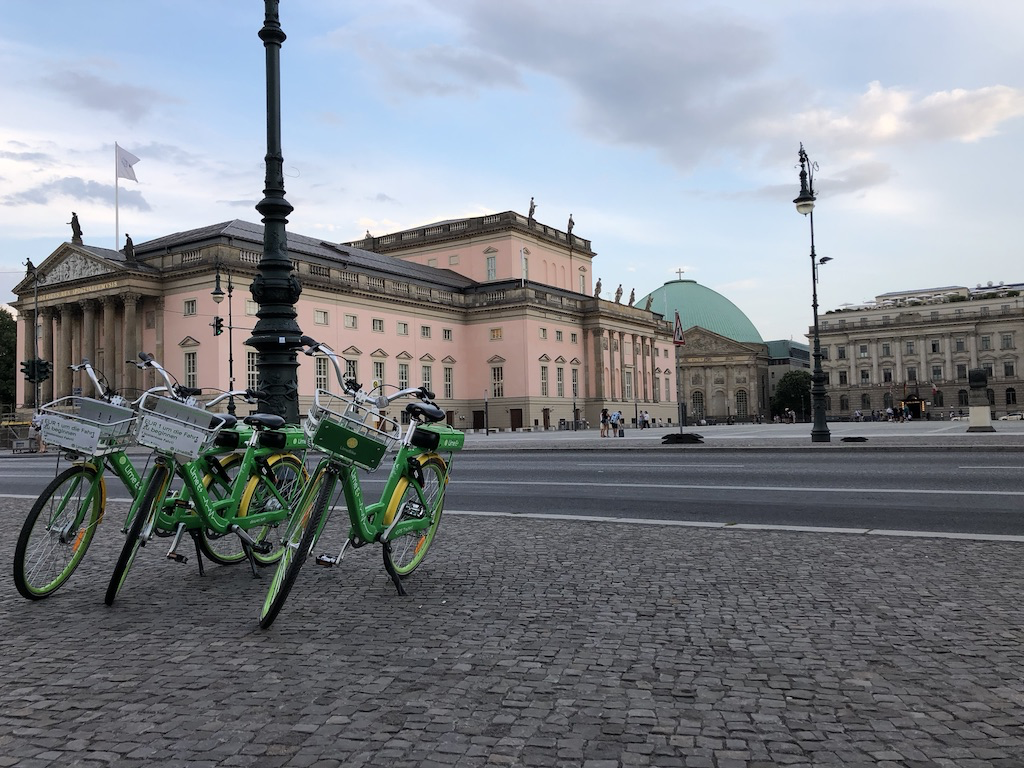 Super nice. Sidewalks often have a bike section and sidewalks are easily shared between pedestrians and cyclists. 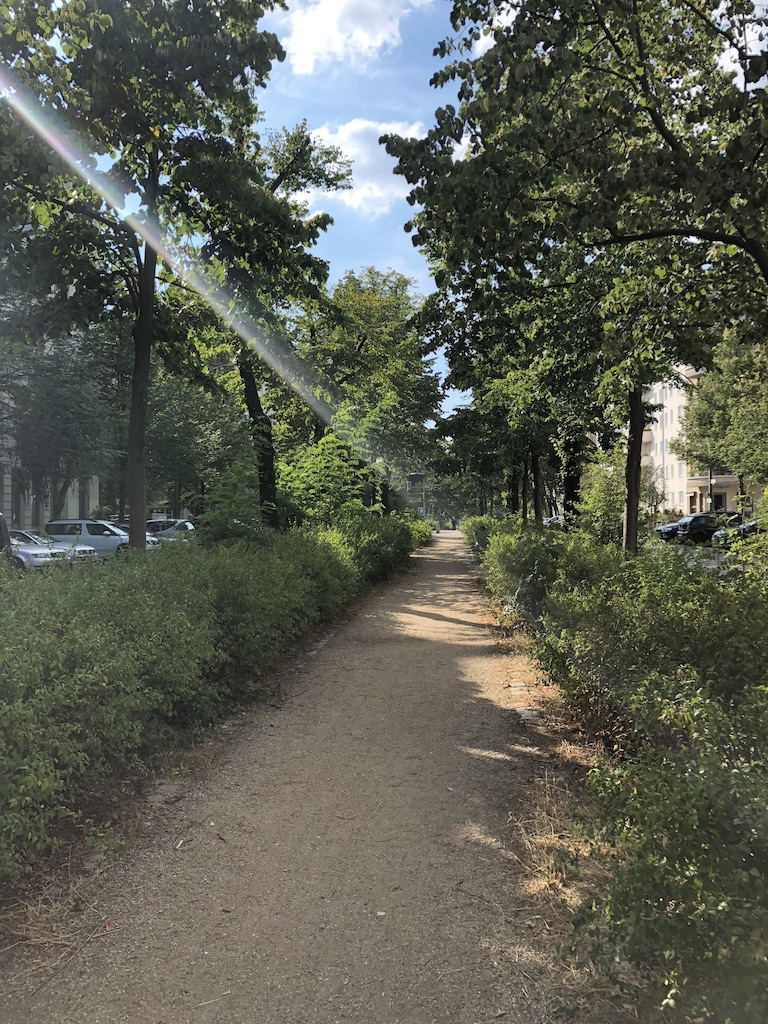 These are much tougher than they look and seem to be randomly interspersed through the city. I almost got throne off of my bike.

A nice bike could easily handle these, but on one cobblestone street I was worried that the Mobike I was riding was going to fall apart under me. 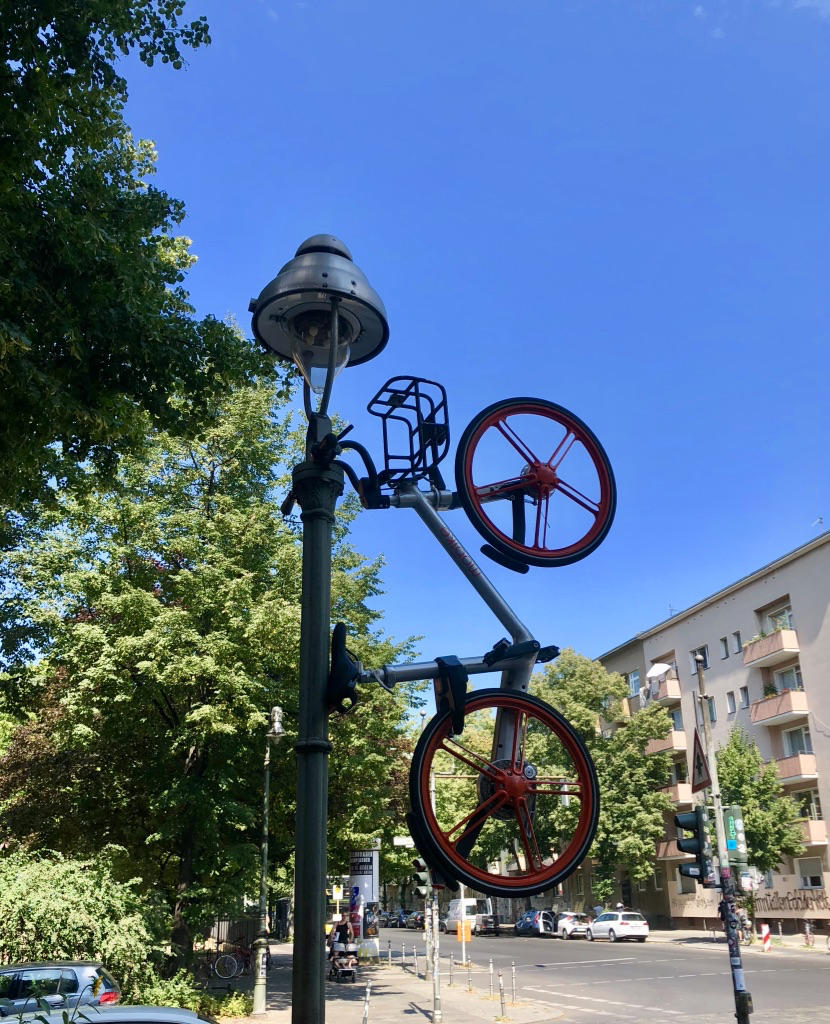 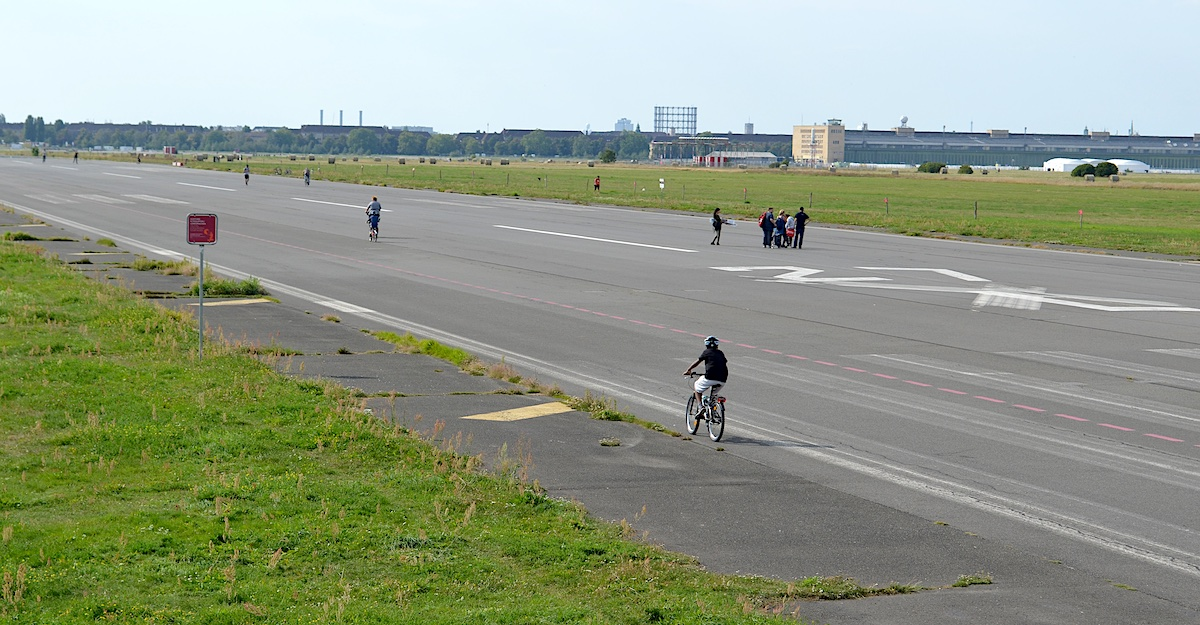 Berlin has an abandoned airport about a 20 minute bike ride south of the city. You can bike down the old airstrips. It’s surreal.

If you have any questions or comments, feel free to reach out to me. You can message me on Twitter.