How sending one email each week changed my life

On September 23rd, 2018 I sent an email to six friends. In it, I recapped the week including Scooter Map's user growth, the features I'd released, and my goals for the next week.

Now 81 weeks later, I've sent a Weekly Update email every Sunday to a list that now contains over 40 people.

Those weekly updates have tracked the launch of Scooter Map's paid feature, traveling around the world in a month, getting press for working out of a parking spot, starting and raising money Spring, receiving legal threats from Lime, and launching ZmURL.

I can't manage to keep a habit, but somehow I've managed to send this weekly email without fail for 81 weeks.

I'll give an overview of the email structure and then explain how sending a weekly update has helped me. 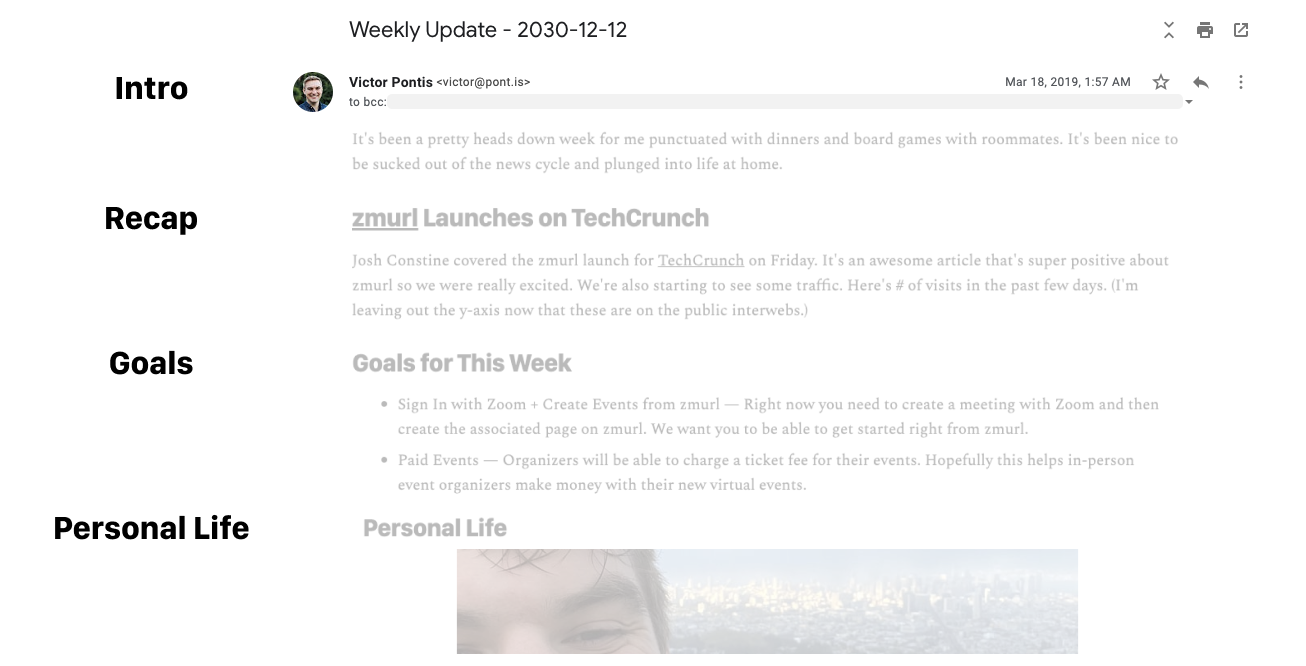 I start off the email with a short narrative overview of the week. What's going on? Where am I? What am I excited / worried about?

I cover any products released, writing published, decisions made, or sales closed in the past week. Sometimes I add commentary on surprises or how progress compared to my expectations.

I jot down 1-3 goals for the next week. I'm not strict with these and these can change during the week. But I find it important to have a direction going into the week.

For Spring, every week I had the goal "close another customer" because I knew I needed to focus more on sales.

I end the email with a photo and a caption from my life. Bonus points for something funny or weird here.

Benefits of the Weekly Update 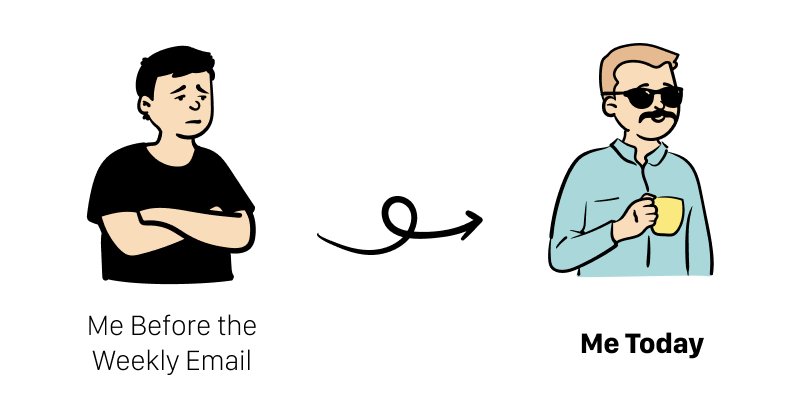 Most of my "habits" fade away after a few weeks. I'm not drawing every week. I don't know how to play a musical instrument. English remains my only language.

But I've sent the Weekly Update for 81 weeks with no end in sight. I think that's because it's been incredibly useful.

I send the Weekly Update every week on Sunday night. This forces me to sit down, review my notes for the week, and figure out what actually happened.

I'm often surprised by how productive the week was. For example, last week was great for ZmURL which went from non-existent to a TechCrunch launch and thousands of users.

Other weeks I wonder where the time went. I'll plan on working on A, B, and C but then on Sunday night I'm forced to examine how I've procrastinated away the week.

During the week, I know that I'm going to have to send out an email on Sunday. I want to be able to write about something. This social and personal accountability pushes me more than I would have expected.

I've talked to many YC founders who've remarked that the most helpful part of YC was the weekly meetings where they shared their progress in the past week. Everyone worked hard to come to the meeting with meaningful progress. And many founders fell into a slump after YC after that accountability went away.

I stopped posting on social media a few years ago. I removed Facebook's newsfeed and unfollowed everyone on Instagram. (I post more on Twitter now but that's different since most of my friends aren't following me.)

Removing social media improved my mental health and productivity. But in my social circles, I was operating in the dark. My friends wouldn't know if I got a new job, started dating someone, or moved to a new city unless I told them in person. I missed being able to easily share the pulse of my life with my friends.

I've added a few friends to my weekly update. Those who read it keep pretty good time to the rhythm of my life. When I see one of these friends, even if I haven't seen them in months, our time together is informed by those updates. I don't try to recap the time since we've seen each other, because we both know how that went. Instead, we focus on the present and our hopes and plans for the future. 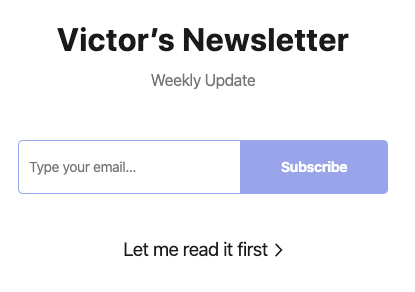 Last week, I posted the first public version of my weekly update.

But I talked to Calvin about it on a run and decided: fuck it. I'd rather share my updates with anyone who is interested rather than worry about a potential negative response. I write the updates for myself but hopefully they prove useful or, at the least, interesting to a few others.

With going public, I plan on doing a minimal amount of self-censorship. For example, I won't share sensitive business numbers. But the updates are supposed to be a raw slice of my life, so that isn't going to change.

If you're interested, you can subscribe to my weekly updates here. I send one out every Sunday.

Thanks to a lot of friends for reading the update every week.

In particular Calvin for giving me the inspiration to start these updates and for pushing me to make them public. And Michal Naka and Danqing Liu for giving me feedback on this post.